The Pebble Watch - A different breed of smartwatch
Android Devices 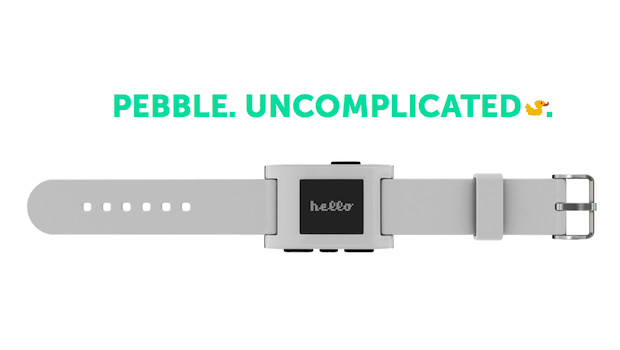 At AppNews.co.uk we’re huge fans of all things Apple – not to say we don’t like other brands but Apple design is simply a think of beauty. We watched with in trepidation as the Apple Watch was announced, as it was the first new product since the iPad. Was it going to be as beautiful? Would it be the downfall of the brand? Was it a step too far for the average Apple user?

The Apple Watch didn’t disappoint in design, but the cost is prohibitive to a lot of iPhone users and for people who just want a watch, having one with a batter that won’t last a day just doesn’t cut it.

So what other options are there if you want to be tech savvy or are a swinger between Android and iOS systems? The answer is the Pebble Smartwatch.

The story of Pebble in itself is quite remarkable, starting from a one-man band to a huge team due to the funding it received on the crowdfunding platform Kickstarter.

Skip forwards two years to 2015 and the company is going from strength to strength, boasting an arsenal of smartwatches that don’t try and compete directly with the competition.

Instead, Pebble smartwatches have a pretty basic screen and design (some might even say retro), which can be synced to either an Android smartphone or iPhone via the Pebble app. Due to it’s basic screen and fairly limited functionality (you can read emails, texts and other notifications), the battery will last a week and you can even keep the watch on in the shower as it’s water resistant to up to 50m.

Other features include it’s built in activity tracker (saving the cost of buying yet another piece of tech to wear on your wrist), and the auto screen adjuster, making it easy to read notifications on the watch wherever you are.

So from this it should be pretty clear it doesn’t have all of the bells and whistles of other smartwatches, although more functionality is available within the Pebble appstore. It shouldn’t be compared to others though as Pebble is offering something completely unique for a different crowd altogether. You’ll either love it or hate it.

The cost might just be enough however to peak your interest, with prices starting at just £99 for the standard version and £179 for the bulkier Pebble Steel.

So if you want to get a smartwatch for basic use, our advice is to avoid the more expensive Apple Watch and Android alternatives, and instead opt for the beautifully simple Pebble Watch. 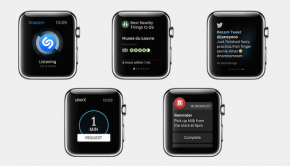