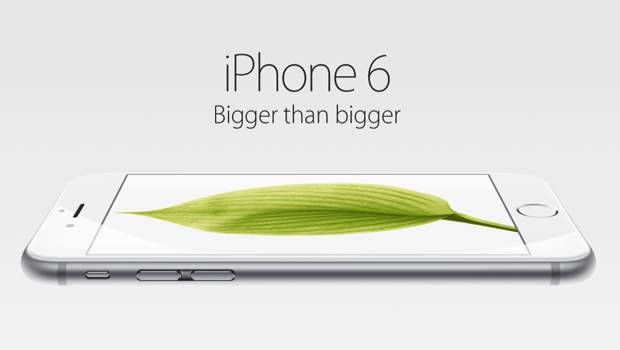 Much to the delight of Apple fans worldwide, as expected the latest version of the iPhone was launched for the world to admire last week.

With people scrambling to get their mits on the iPhone 6, Apple claimed to take over 4 million pre-orders in a space of just 24 hours. This is quite honestly staggering and should be congratulated.

The event has turned into an annual affair and each year we’re drip-fed leaked images of the design and spec, which are usually 90% accurate.

We all expected there to be a larger screen and the possibility of two versions being made available. For some, this is what previous iPhone models were missing and so was a big step up.

However, I’m firmly in the camp that isn’t crazy about supersized screens. I’ve got a tablet, I’ve got a smartphone and I’m quite happy to use them in different ways.

To me it feels like Apple is trying to play catchup with other smartphone manufacturers; specifically the likes of LG and Samsung.

The iPhone 6 design isn’t revolutionary – with a quick glance it could me mistaken for a run of the mill smartphone.

I’m a huge Apple fan and the reason I’m happy to pay a premium for their products is the design. The use of aluminium in my Macbook Air, the beautifully beveled edges of my iPhone 5. After years of revolutionizing the market and making people crave their products, it would be a shame if this is the start of Apple conforming to the masses and taking their eye off the true reason people buy their products.

This is obviously my personal opinion and I expect others will vehemently deny Apple is playing catch up. To me though, Apple need to re-engineer the design of the next model ( the iPhone 7) for it the iPhone to re-capture my heart, and of course, my money.